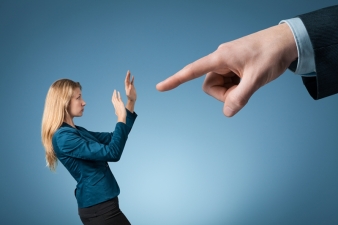 The Culture and Social Psychology group met online last week to discuss new research by two of its members.

Karen Hagan presented her ongoing work on the ways that people assert dominance in discourse, including the practices that are commonly labelled as bullying. To explore this further, the group looked at a piece of transcript from a 2017 US presidential press conference. The discussion teased out details of the interactions between the President and the journalists, noting how the President broke with expectations for such an event. Many aspects of behaviour – for instance, teasing journalists, turning aside from answering a question to invite the rest of the room to look at the questioner, exaggerating, responding to a point about policy with a claim about himself personally – had the overall effect of disrupting norms and therefore creating unease. It could be said that the journalists did not know where they were, because this wasn’t what used to happen at Presidential press conferences.

John Dixon presented a new article (Dixon et al, 2020) that reconsiders classic social psychological research on group processes, including the “Summer camp studies” by Sherif and others (1961). The meeting discussed the strengths and limitations of the paradigm associated with experimental work on groups, including many influential findings on prejudice, discrimination and conflict. The central concern of the article is how best to advance ‘our discipline’s capacity to understand the dynamics of conflict, inequality and social change’ (Dixon et al, 2020: 41) – concerns that have always been central to social psychology and have been made additionally relevant by the ongoing international protests in response to George Floyd’s killing.