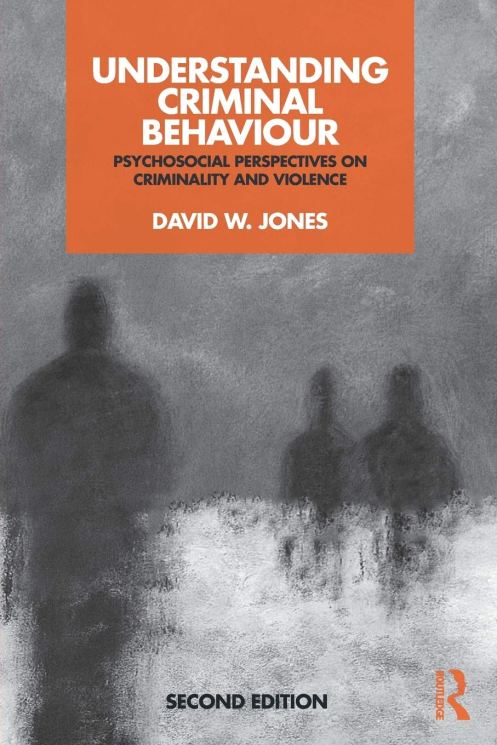 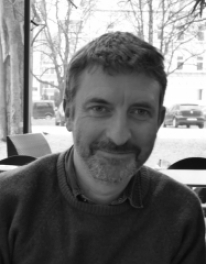 Dr David Jones, from the School of Psychology and Counselling, explains how the cross-disciplinary field of psychosocial studies makes a special contribution to criminology, going beyond either psychological or sociological accounts of criminal behaviour. The second edition of his book, Understanding Criminal Behaviour: Psychosocial Perspectives on Criminality and Violence (2019), is published by Routledge.

I wrote the first edition of Understanding Criminal Behaviour  as there seemed to be such a significant gap between the literature that was being produced within the discipline of criminology and the psychological theories that could be applied to criminal behaviour. The effort to build a version of criminology that was shaped within the field of ‘psychosocial studies’ is a response to the problem created by that chasm. I have felt that the project to understand criminal behaviour and its causes has been too long damaged by the failure to fully integrate the emotional, psychological, social and cultural influences on people’s behaviour.  The publication of the 2ndedition is perhaps some testament to the interest in the area. The new edition has wholly new chapters on what I call ‘public violence/ that includes acts of extremist terrorand on ‘race’ and crime.

The need for such an approach emerges in part from the shape of the criminology discipline as it came to be dominated by sociological thinking, emphasising the socially structured inequalities as the chief causes of crime. Rejection of psychological theorisation was part of this political standpoint. Meanwhile, much academic psychology did little to construct dialogue. Psychology’s focus on the individual appeared to consist of a circular exercise of blaming the criminalfor their own criminal propensities. Few psychologists engaged with criminological theory, and the discipline of psychology was dominated by methodological concern to mimic the success of the natural sciences and study people using experimental methods. Questions about the messy lives of those who end up on the wrong side of the law, and how they got there, do not lend themselves well to the methods of experiment and the laboratory.

Psychosocial Studies began to emerge as a distinct disciplinary area in the late 1980s (albeit with a longer intellectual history) growing from dissatisfaction with mainstream sociology that was viewed as unable to sufficiently engage with the world of subjectivity and agencyand also with the discipline of psychology to engage with the significance of the social and cultural domains. It can now best be described as a cross-disciplinaryfield of enquiry that recognises the immanent connections between social and cultural conditions and the ‘internal’ world of the individual.

There are two outstanding reasons to take forward a psychosocialcriminology. The first is straightforward; there is clearly something lacking in any study of human behaviour that excludes the subjective world of experience. The widely acknowledged impasse in which criminology has found itself is suggestive of that problem (eg, Young 1999). The second is more pressing and contemporary; the functioning of human societies, particularly as they developed within a western context, have become, over the last several centuries, more dependent on the engagement of individuals in the worlds of emotion in order to function.

In order to understand how‘society’ is functioning it is necessary to understand the inevitable interactions between social structures and the subjective and agentive worlds of individuals. Following profound changes in the relationship of the individual to the social world, we have moved towards social conditions in which an understanding of the often reciprocal relationship between ‘structure’ and ‘agency’has become more prominent.

These shifts can be described in a number of ways but,  have been described most helpfully by Norbert Elias, mainly through his considerable text The Civilising Process (1939/1994) as he traced the evolution of human western societies since the middle ages. He argues that western civilisation has to be understood as emerging from the development of the modern state as it demanded ever more of its citizens to control the expression of emotion and behaviour. A prominent manifestation of this process was the means through which western nation-statesgradually monopolised the right of violence by restricting its legal use to their own military and police forces,  thus usurping that right from its citizens.

In partthis was organised through the development and extension of the criminal justice system and the associated systems of policing and control. Far more substantially, according to Elias, this was accomplished through various means that have encouraged the individual to internalise social inhibitions and to take control of their own behaviour.  An important mechanism for this control is the development of the capacity to reflect on ourselves and thus regulate our own behaviour.  This capacity for control has most obviously been brought about through the use of familial relationships to transmit ever more intensive practices that demand that behaviour bereflected upon and thus controlled (Wouters 1999).

An underlying argument of this book is that shamehas been used as a crucialmechanism through which behaviour is regulated; an ever more important social force that directs and inhibits human social behaviour that can also be highly provocative of violence. In particular shame, amalgamated with issues of identity, underlies a great deal of gendered violence. Of course, shame as a hidden and intimate emotion presents major challenges for conventional methods of enquiry.

At the same time, an extremely important dimension of the social changes wrought over the past several centuries, that have facilitated these moves, has been the influence of what Jurgen Habermas (1962/1989) termed the ‘public sphere’. He identified this as an abstract space that opened up between various influential groups from around the dawn of the 18thcentury beginning in Europe. Whilst changes in government and the economy were vital, it was the development of forms of public media(originally in the form of the printing press) that was to eventually allow for messages to be transmitted across the globe about how people should behave and be. The public sphere was to have profound implications for how individuals were to relate to another and for the development of individuals’ identities.

Whilst this occurred initially across western countries, it has impacted on individuals across the world, as the influence of the public sphere has spread across the globe (Malouff 1996). As a number of commentators have argued, following in the work of Foucault (1967), the development of psychiatry and associated mental health serviceshas been a key force in western societies’ demands for particular forms of subjectivity and control. Thus as the requirement that individuals develop the capacity to reflect upon and direct their own lives and behaviour has increased, so too have the various mental health services grown to support these developments  (Rose 1989).

There are therefore three outstanding issuesthat have emerged from these historical processes, that are significantfor this book:

As a discipline,criminology has not been engaging in a sustained way with these key issues. The aversion to psychological theorisation has stymied the capacity of the discipline to engage with such highly significant issues. A psychosocial approach is therefore required and this book is offered as a contribution to that end.

Dr David Jones is a Senior Lecturer in the School of Psychology and Counselling. He is currently working on a new module called ‘Exploring Mental Health and Counselling’ (D241) that is due to run from October 2020 . You can read more about his research and teaching here

Foucault, M. (1967)  Madness and Civilization: A History of Insanity in the Age of Reason.Translated by Richard Howard. Tavistock Publications: London

Inquiry into a Category of Bourgeois Society. translated by Thomas Burger with the

Maalouf, A. (1996)  In the Name of Identity: Violence and the Need to Belong.  Trans. Barbara Bray New York: Arcade Publishing.